Immediate and delayed effect of governance in entrepreneurship: an analysis by country income level 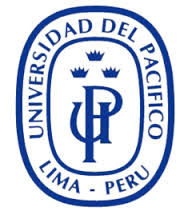 Entrepreneurship and business creation is a priority area for many governments worldwide. Public administration can help to promote entrepreneurship through its decisions and the definition and implementation of public policies. This study analyzes the effect of six dimensions of quality of governance in business creation. We used panel data for a sample of 206 countries over the period of 2004 to 2014, divided into four subsamples generated from the income level of the countries. Furthermore, the study adopted a dual perspective, considering both immediate effects and delayed effects, resulting in two research hypotheses. The results show that for high-income countries, the political stability and absence of violence variable is significant. Adopting two-year lags in the statistical model resulted in a greater number of statistically significant explanatory variables. No homogeneous pattern is observed in the variables for statistical significance regarding the four income levels. This finding implies that the focus on good governance should primarily be regarded as a long-term perspective, rather than in terms of short cycles or simply electoral cycles.